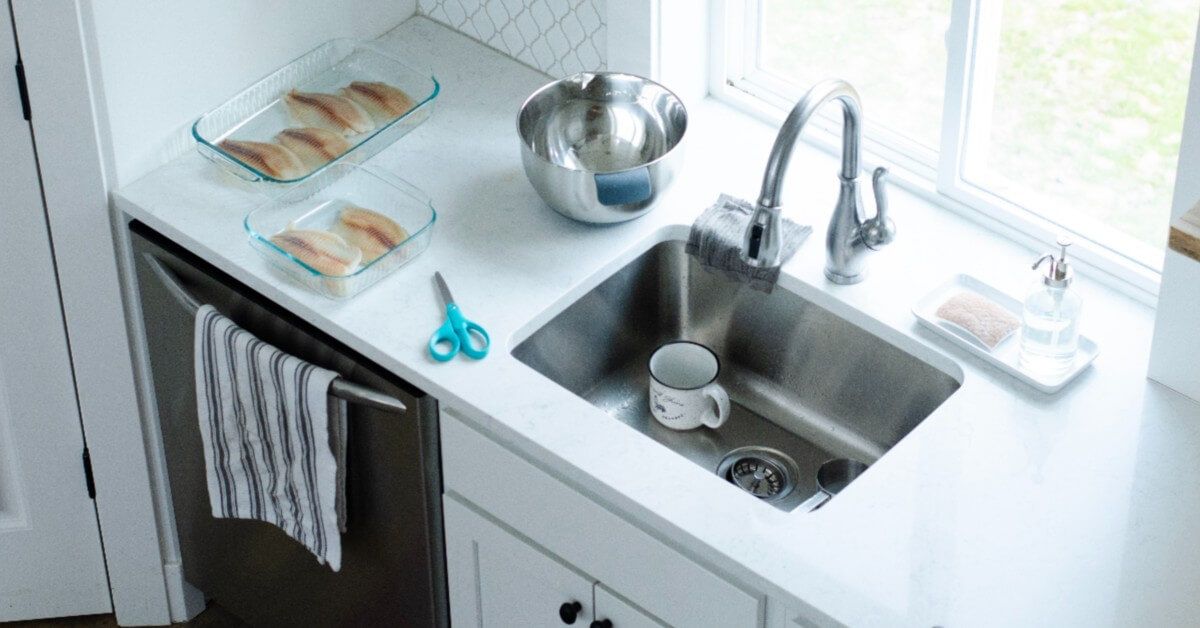 If you’re not a plumber, you drain likely seems like some sort of gross hair and gunk net that works about half the time. Mostly, you can rely on it to carry away the things that you’re literally trying to flush down the drain, but sometimes there’s a little hiccup in that process and things get stuck, and then water starts bubbling up from the drain and resisting going down. Suddenly, you’re standing in a shower with water up to your ankles, or you’re wrist-deep in your sinks drain, trying to fish whatever caused this blockage out with your fingers. And to be fair, sometimes that works, but in the event that it doesn’t work, it can be easy to start panicking. However, you can avoid this issue entirely by being careful and really watching what’s going down your drain.

Even though you can’t see the interior of your home’s plumbing system, you can protect yourself from clogs and worse, corrosions in your pipes, by acting quickly when something goes down the drain that’s not supposed to, watching what goes down the drain and maybe making a few lifestyle changes to protect the future of your plumbing’s integrity. If you’re willing to put just a little more time and attention into the care of your plumbing system now, you should be able to protect yourself from big plumbing bills in the future.

Cotton swabs, cotton balls, and feminine hygiene products are all a guaranteed drain clog. If you can avoid getting any cotton products down any of your drains, including the oh-so-powerful toilet, you’ll be far safer for your efforts. Cotton works by absorbing water and maintaining its shape, that’s why you won't see cotton compress too much between your fingers when you give it a squeeze. While one cotton swab down the drain isn’t likely to upset the equilibrium of your plumbing too much, larger pieces of cotton-like those found in feminine hygiene products will certainly clog the drain in a big way. This isn’t a dire situation, but it could cause some considerable damage to your pipes which might spring a leak. And as you likely already know, you don’t want your sewage pipes springing a leak inside the house as that would be nothing short of disastrous.

Sand-Like Grains of Any Kind

Believe us, we don’t think there will be much of a reason for you to take a bag of sand, flip on the faucet and dump it down the drain of your sink. But other, sand-like materials are likely to go down the drain and will cause as much damage as dumping a whole bag of sand down would. The main substance to worry about is coffee grounds. Flour, confectioners sugar and brown sugar are hardly the problem, as those are small enough and often dissolve in water that when they go down the drain, they’re unlikely to gather and cause blockages. However, coffee grounds are a substance that most people don’t think twice about washing down their kitchen sink. Perhaps you just dump the filter or the Keurig pod out in the sink before you dump the remnants in the trash, or you end up washing old Folgers down the drain so you can more easily recycle the container, whatever way coffee grounds are getting into your pipes, it’s bad.

Coffee grounds and other similarly textured substances react like cement when they enter your pipes. It gathers and attaches to the sides of your pipes easily and once that initial attachment is made on your pipe’s wall, it’s not far to get a full-blown blockage. This goes for the very similar “flushable” kitty litter as well. We know it’s marketed as being safe for your pipes, but it’s often not. Flushable cat litter is known to clog drains and it’s even worse for sea life. The bacteria in your cat’s feces is a strain of bacteria that is very resistant to the chemicals used to treat water before it returns to the source and those bacteria can spread to other animals like otters and fish.

We’re not necessarily talking about the fatty bits that you cut off the chicken breast and accidentally slip down the drain. We’re actually talking about grease, fats and other oils which are attributed to causing nearly 47% of all the overflows from the sewer that happen in the U.S each year. The three of these end up being a perfect storm for any plumbing issue that you can think of. They’re the substance that ends up helping gritty coffee grounds stick to the walls of the pipes. Because they often create membranes that are hard to break through, they permit and encourage build-up to get going in your pipes. They can stop substances that seem innocent, like eggshells to create a slowly building blockage until the drain is completely clogged. Watch out for bacon grease, as it’s the worst of all of them and then watch out for things like thicker oils like olive and avocado oil. Be sure to water them down before putting them down the drain, and avoid dumping them down the drain when they’re still hot. Bacon grease, for example, is best suited to being poured into a disposable jar you no longer need and dumping it in the trash instead of trying to dissolve it enough to go down the drain. Because the secret is, most of these oils never dissolve enough to be acceptable down the drain.

This should seem pretty self-explanatory, but most folks miss some of these. Granted, it doesn’t seem like much of an issue when you peel off a produce sticker from an orange and let it float away down the drain. After all, it’s a victory you got it off of your finger at all. However, those product stickers pose a serious clogging threat to your pipes. Because of that bit of adhesive on the back of the sticker, they can easily stick to the pipes and can pile up quite quickly and cause blockages comprised of a variety of different substances where the stickers acted as the foundation for this blockage. What’s worse though is if they make it to the water treatment facility without getting stuck in your pipes as they can cause problems with the equipment that’s used to treat the city’s water. At times, they’ve even been known to make it into the actual water supply, which is not a nice thought, especially because San Diego provides some of the best tasting water around.

In this same realm are, perhaps, the most obvious things not to flush down a drain: condoms. Rubber of all kinds is not biodegradable and it’s not very porous either. So, while that factor serves an excellent purpose as a contraceptive, it can be disastrous when it gets lodged in a thin, metal tube meant to funnel unwanted substances and dirty water away. They won’t dissolve in water and they will get stuck in your plumbing, or it’ll get down to the water supply. So, please dispose of your condoms responsibly.

Solve Your Clogs With Above and Beyond in San Diego

If you’re worried that you’ve managed to clog your drain accidentally, don’t fret. You won’t need to stick an unraveled wire hanger into the depths of your plumbing system to pull loose whatever refuse has lodged into the space and made a home down there, because that’s our job. We provide a variety of comprehensive and affordably priced plumbing services designed to make this event less gross for everyone involved. We can unclog drains through a variety of methods and then go over some ways in which you can prevent any future drain clogs. If you’re concerned you have a drain clog, but you’re not sure, we’re happy to consult with you over the phone to discuss if we need to come out and evaluate the drain or not. Think the clog has evolved into a leak or burst pipe? Explore the resources online to start diagnosing your issue and seeking the help you need now.

Reach out to us today to ensure the integrity of your home’s plumbing system lasts for years to come.

Feel free to browse our discounts page to find out more about the ways that you can make your plumbing service more affordable today.